When is the last time you really suffered?  Have you ever?

As pathetic as this sounds, I suffered mightily trying to train for a 5K today.  At about 2.5 miles, I was done.  Walking.   My lungs were burning.  My calves were lead.  I was sucking air like a fish on a dock.  And to be perfectly honest, I was probably flapping and flailing in a similar manner as well.   It wasn’t fun. And yet, it’s something I chose to do. In fact, running (let’s be real here, JOGGING) is something I would even call a hobby.  Suffering, it is not. 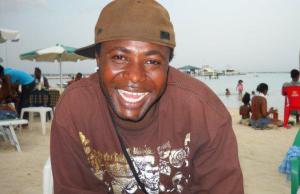 Two weeks ago I got a Facebook message from my Haitian friend Achka.  He was telling me that he was completely out of money.  That he and his family had not eaten for three days.  Stop.  Think on that.  Three days.  When is the last time you skipped a single meal because you didn’t have any money for food, much less went days without eating.  This is suffering.  And yet, not voluntary.  I wired him money for food, and although giving the money may have made my family’s finances a it tighter, the reward was well worth the cost.  Once again, we didn’t suffer because of it.

The cross, that was suffering.  Physical agony.  Emotional anguish.  Torture beforehand.  Staring into the abyss.  And God chose it.  It was voluntary.  At any moment, Jesus could have miracle-d himself off of the cross and immediately been healed.  Comfortable.  Smug.  But, he didn’t.  For your sake.  For mine.  For the sake of grace and the redemption of mankind.

Join 1,244 other followers
Follow seconds of selah on WordPress.com